Wicked Jezabel, founded in the Washington DC area, has been proudly serving the Mid- Atlantic for over 10 years.  Wicked Jezabel dynamically delivers exciting hits from the 60’s dance-able Motown, the 70's Disco & classic rock, the wicked 80’s, the grungy/techno 90's and a "tad" of today’s hits.

History:  With more than 20 years of experience onstage, the six female musicians of Wicked Jezabel have been capturing the hearts of LGBT+ throughout the D.C. area and Mid Atlantic.

Once known as The Outskirts of Town, members of the band took their new name shortly after losing their bass player and drummer in 2006. The band decided it was time for a makeover. “We figured since we’re going to do a lot of 80s music, we should get the word ‘wicked’ in there,” says Pauline Anson-Dross, vocalist and lead guitarist.

Sound engineer, Elaine Giles’ dad used to call Davi, “Jezabel”. After learning that “Jezebel” was a wicked woman who was able to get men to do whatever she wanted, and that unruly “Jezebel” was symbolic as a strong female rebel influence, members of the band knew it was the perfect fit. Since then, Wicked Jezabel, (who chose to spell their band name with an “a”), has hosted shows and private parties all over the mid-Atlantic, delivering today’s chart-topping hits as well as the greatest retro rock and dance hits of all time. The band’s goal has always been to be one of the best all-female party bands around.

“We can play Motown, disco, classic rock, and a little bit of metal,” says Pauline. “We will do some things that people would expect from an all-girl band, like Blondie, Donna Summer, or Bangles and then we will do Journey, 38 Special, Guns n’ Roses, and Led Zeppelin. The band rehearses tirelessly to ensure they are able to address everybody’s party and event needs.

“We’ve been nicknamed the lesbian bar on wheels,” laughs Davi Anson-Dross, percussionist and lead vocalist. “Wherever we play, the club owners know who we are and that our friends, family, and fans have to be comfortable to be themselves.”

Pauline explains: “Any place that accepts us is our favorite place to play. We have always loved the idea of teaching diversity everywhere we perform. Just by kicking off a song, all of a sudden, the fact that we are women doesn’t matter as much anymore because everyone there becomes one with the music.”

Pauline, and her wife Davi, have been married since 2000, and find the band harmoniously balanced despite the higher than average level of estrogen on stage. The biggest challenge for any band is keeping everyone on the same page. Thankfully, Wicked Jezabel has managed to accomplish this throughout the years.

These lady rockers also think of themselves as more than “just a band.” Through many of their shows they have supported animal rescue organizations, women’s health groups, and natural disaster relief agencies, to name just a few.

Since delivering their first set on the Phase 1 stage in 1998, members of the band have continued to nurture a bond that has withstood the test of time. In 2007, 2008 & 2015 Wicked Jezabel was acknowledged for their hard work and services to the Washington, D.C. music scene ,when they were honored at the Washington Area Music Awards (Wammies), receiving the title of “Best Rock Performer” and “Fan Favorite”. In 2013 and 2014, 2017, 2018 & 2019, they won Best of Gay DC according to The Washington Blade.

They are eager to finish recording and release their first live album, “Wicked Jezabel RAW: Recycling Audio Waves,” which will contain both covers and hopefully a few originals. 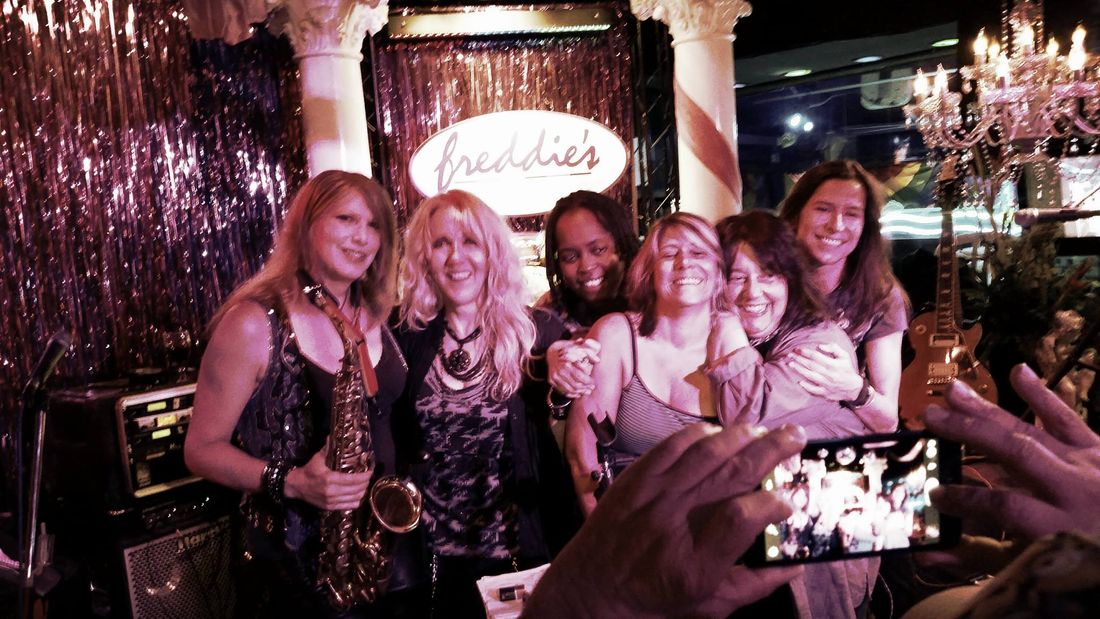